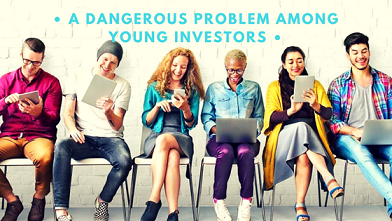 A DANGEROUS PROBLEM AMONG YOUNG INVESTORS

One of the things I hear the most often from younger investors is how they are skeptical of equity markets and they want to use what they perceive as more conservative investments as they seek to protect their money as the save for the long term.

I get their hesitation. We often see much older investors (people in their 80s and 90s) whose attitudes towards investing were shaped by the Great Depression, not only remain skeptical of equity markets but also with banks and the banking system generally. They came of age and time where banks were failing you couldn’t be trusted and they carried those feelings with them throughout the years.

Investors who were in their early 20s or maybe even late 20s when the tech bubble burst and the Great Recession hit carry a similar aversion as those from the greatest generation. Their attitudes toward investing were shaped at a time where they saw their investment savings and job prospects evaporate seemingly overnight, and perhaps even watched their parents struggle through the same issues. Its pretty easy to see why they’re worried about exposing themselves to that kind of risk and those kinds of pressures as they get into their late 20s and early 30s, start families, and have their financial obligations grow. 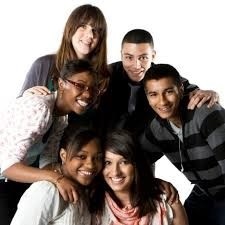 While I understand this conservative approach of younger investors, they are focused on only half the story. Sure, equity markets between 2007 and 2009 were on quite a roller coaster ride (with more downs than ups). Yet, one of the most important things we can learn from the Great Recession, and even prior recessions, is that markets are resilient and historically rebound. In fact, markets are so resilient over long stretches that equities have tended to perform better than other more conservative investments like bank accounts, CDs, and even the bonds.

Want proof? During the ten years between September 2004 and September 2014, the S&P 500 (a measure of performance for large U.S. companies) registered an average annual total return of 8.11%, whereas the domestic bond market (using the Barclays Aggregate U.S. Bond Index) had an average annual return of 4.62%. Bonds also underperformed developed-market international stocks, which rose 6.32% each year on average, and emerging market stocks, which returned 10.68% annually. (Source: The Balance)

Of course, stocks haven’t beaten bonds in everly rolling ten year period, but the have through the vast majority.  Want a different measure? Check out this chart created by Aswath Damodaran at NYU Stern School of Business, that shows how stocks have outperformed bonds throughout the years, including the most recent period from 2007 through 2016. 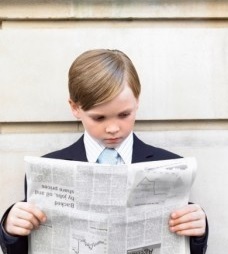 It’s important that younger investors keep in mind that they’re investing for their retirement which is twenty, thirty, and sometimes even FORTY years down the road.  I recognize that they’re likely to ride through lots of ups and downs (and perhaps some of those “downs” will be as deep as great recession at its worst). However, time has shown that a less conservative portfolio with larger portions of stock can help them pursue their goals of retirement decades into the future. I also discussed this issue a few years ago with the Wall Street Journal, which you can read about here.

The opinions voiced in this material are for general information only and are not intended to provide specific advice or recommendations for any individual. All performance referenced is historical and is no guarantee of future results. All indices are unmanaged and may not be invested into directly. All investing involves risk including loss of principal.